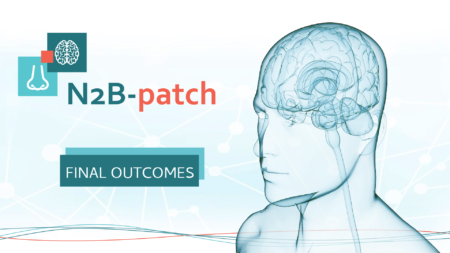 Effective drugs for the treatment of diseases of the central nervous system such as multiple sclerosis do exist. However, the blood-brain barrier, which protects the brain as the body’s control center, makes it especially difficult for therapeutic biomolecules to pass through. Thus, researchers from an international consortium – including EMSP representing the patient perspective –  have spent the last 4,5 years developing a novel system in the “N2B-patch” EU project that can be used to bypass this barrier. The new approaches were presented at a virtual international final symposium in June.

Placing medications as close as possible to the site of the disease: This sounds completely believable in theory but is unfortunately not so simple in practice. While this works well for many drugs via the bloodstream or the digestive tract, it does not apply to the brain. In this case, special protective mechanisms such as the blood-brain barrier ensure that foreign substances from outside – and thus therapeutic agents and, above all, highly effective biomolecules – can reach this so important organ only with great difficulty and to a significantly reduced extent. However, especially for diseases of the central nervous system (CNS), it is crucial that the drugs reach this organ as efficiently as possible. One example is the treatment of multiple sclerosis, in which the pharmaceuticals must unfold their effect primarily in the CNS.

A gentle form of administration for treatments through the nose

For this reason, the EU-funded joint project “N2B-patch” was launched in January 2017, in which an international consortium of eleven partners set itself the task of providing a more efficient, alternative option for the therapy of multiple sclerosis and other CNS diseases as a platform technology.

With success: the international consortium developed a nasal delivery system for biopharmaceuticals via the olfactory mucosa, the regio olfactoria.

In contrast to treatment by nasal spray, which acts via the respiratory epithelium, or intravenous injection directly into the bloodstream, this innovative “nose-to-brain” approach enables an active ingredient to bypass the path through the bloodstream and reach the brain directly. This is because the brain is separated from the nasal cavity only by the perforated ethmoid bone and a few additional cell layers so that the drugs can easily penetrate this barrier and reach the CNS directly over a short distance.

Future platform technology for a wide range of indications

The novel delivery system is so promising that a patent application is to be filed shortly. For the active ingredient itself, it was shown, among other things, that it can be stably formulated using the new system and can thus even be stored for days and weeks at room temperature.

Since the novel system is designed to be flexible, the method can also be used in the future as a platform technology for other CNS diseases – for example, for the therapy of strokes and Alzheimer’s disease – or even for cancer therapy.

With the new system, the active ingredient is administered continuously and reliably to the brain over a period of up to two weeks. After that, another application must be made.

However, surveys conducted by the consortium have shown that patients perceive this fact, not as a burden. By enabling repeated use in a safe way for the patient, the system is suitable for long-term or even lifelong treatment. The system cannot be self-administered but must be applied by a physician or trained personnel who have appropriate skill and experience – similar to a corona swab.

EMSP closely accompanied the project as a partner throughout the entire duration and thus regularly involved those affected through events, campaigns or interviews.

End with a symposium, but research continues

In June 2021, the project officially ended with a virtual final symposium attended by experts from science and industry, but also patients and the interested public. During the symposium, various scientific publications and short films about the novel drug delivery method that have been produced in recent years were presented.

Check out the final video of the project:

The project is funded under the title “N2B-Patch – Nose to Brain Delivery of an API via the Olfactory Region for the Regenerative Treatment of Multiple Sclerosis Using Novel Multifunctional Biomaterials Combined with a Medical Device” by the European Union’s Horizon 2020 research and innovation program under grant agreement No. 721098. 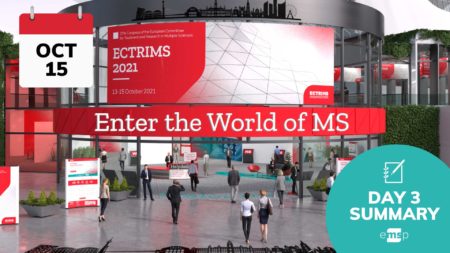 ECTRIMS 2021 – Day 2 The Digital Experience Goes into the Next Round!