On 18 February, the Romanian MS Society (SSMR) joined, in Bucharest, by representatives of the Neurological Society of Romania (SNR) and of the Romanian Doctors College (CMR) organised a roundtable debate on accesibility of treatment for multiple sclerosis.

Official figures show that the state spends an average of 10,000 euros per year for every MS patient, which is 20 times the gross medium monthly wage in Romania. However, a top health professional present at the discussion admitted that the total costs of MS treatment are significantly higher, putting a tremendous financial burden on those affected and their families. In Western European countries, the same costs are belived to average up to 40,000 euros per year or even higher.

During the debate, the president of the Romanian Doctors College, Mr Vasile Astarastoaie, said that the Finance Ministry „only looks at spending figures and not at the people behind these numbers”. In line with the calls from the Romanian MS Society, Mr Astarastoaie asked for the waiting lists for state-funded disease-modyfing treatment (DMD) to be discared, with 550 MS patients being currently put on hold. For their part, represpentatives of the Health Insurance Agency showed that the costs for MS treatment in Romania have increased by 6 to 8 percent each year for the last years.

The debate was an important step in the information and awareness-raising campaign entitled “Beating Multiple Sclerosis Together”. This is an initiative projected at national level in a country with an estimated MS population of 10,000 people. The main objectives are

The campaign „Beating Multiple Sclerosis Together” already launched a special documentary on the life of Romanian MS patients and it will continue with media coverage and further meetings and debates with health authorities and Members of Parliament working in the heatlh commissions. 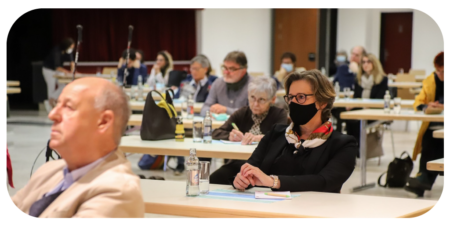 MS and Rehabilitation Conference in Luxembourg

The prevalence of sexual dysfunction in Greek MS Patients