Event report: “Lifting the Burden of Neurological Disorders in Europe” panel discussion in the European Parliament

Neurological disorders are the leading cause of disability and the second leading cause of death in the world. Calling for the EU to act, EAN and EFNA presented in the European Parliament data specific to Europe extrapolated from the Global Burden of Disease study.

While giving an overview on the Burden of Neurological Diseases in Europe, Professor Guenther Deuschl, Past President of the European Academy of Neurology, highlighted new data that shows 1 in 2 people will have a diagnosis of a neurological disorder in their lifetime. Although multi-morbidity must also be considered, Prof. Deuschl emphasized the high placing of neurological disorders in the latest Global Burden of Disease Report and underlined the disparity between burden and resources allocation in Europe.

Professor Franz Fazekas, President of the European Academy of Neurology, presented how EAN currently works on highlighting the gaps across Europe in treatment and care for patients living with neurological disorders. He underlined what needs to be done and how to implement strategies at European level.

John Bowis, former Minister for Health in the United Kingdom, affirmed that patient organizations need to propose solutions and show policy decision-makers how they can implement change. This discussion provided advice on how stakeholders can work together to advocate for increased priority for neurological disorders at the Global, EU and Member State (national) level.

Prof. Karin Sipido, Chair of the Scientific Panel for Health, called for the European Commission’s Directorate Generals to collaborate, to move beyond silos when thinking about the Future of Health in the European Union. She added that collaborative research, with an EU-wide vision and strategy, is essential to tackle the challenges we face.

In a nutshell, this event offered an important take-home message for European decision-makers who need to realize that health spending is an investment, not a burden. For a brighter European future, we must keep neurological diseases high on the EU agenda.

Building the psychological flexibility of people with MS in Greece 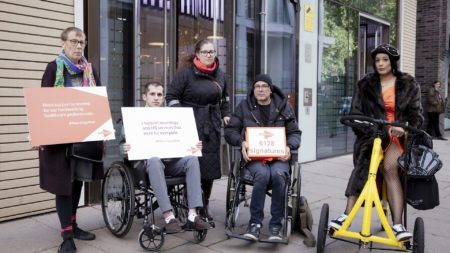